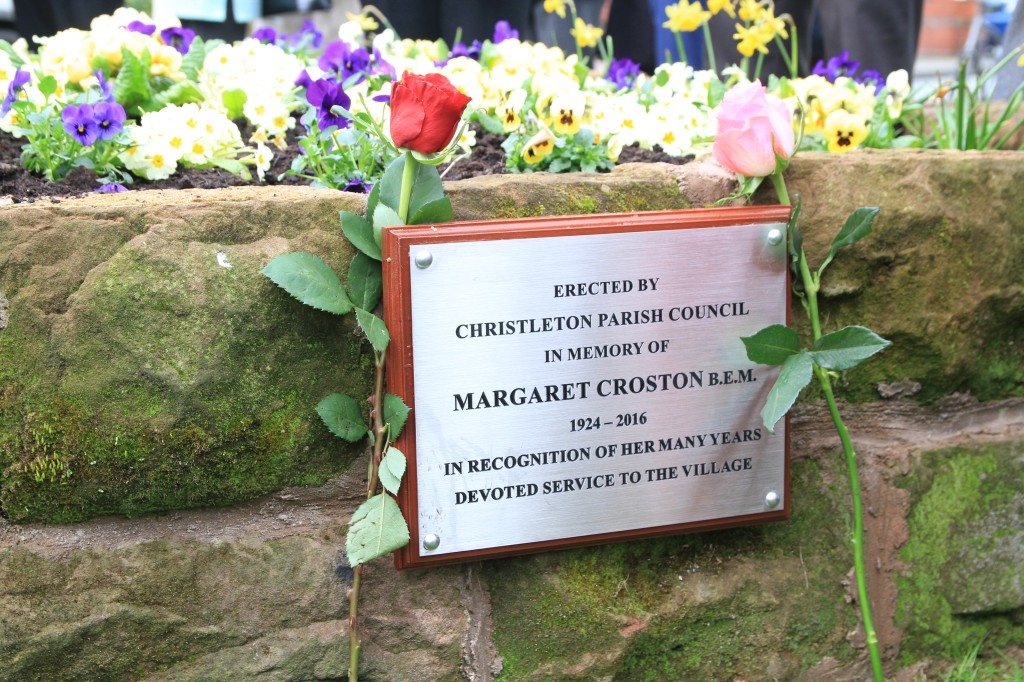 On Sunday 15th April 2018, members of the Parish Council, the Croston Family, friends from the congregation of St James’ and villagers, met at the Village Green for the unveiling of a Commemorative Plaque and Planter to honour Margaret Croston BEM. The red sandstone planter, filled with bright yellow flowers by Cllr. Janet Brown has been erected on the Village Green by The Christleton Parish Council to pay tribute for the long and active service Margaret had given to the Parish and Community. Margaret who died in October 2016 was known to everyone for her love of the village, and giving so much of her time to so many of its organisations and societies. The Chairman of the Parish Council Cllr. Pauline Pratt gave a short address, and then unveiled the plaque to great applause. Alf Croston responded with a few words on behalf of the family, after their two great grandchildren had each placed a red rose at the side of the plaque. A reception was held at The Ring O Bells after the ceremony.